Donald Trump said Thursday that he fears Republicans could lose their majority in the Senate in November due to GOP senators being ‘cute’ in not supporting his presidency.

‘We’re fighting very hard in the Senate. I’ll be honest, the Senate is tough,’ Trump told Fox Business host Maria Bartiromo, one of his biggest media supporters, during a call-in interview. ‘We have a couple of people that aren’t as supportive of Trump as they should be and those people are going to lose their elections.’

‘If they don’t support Trump, they lose their elections. It’s a very simple element,’ he assured.

Trump signaled Thursday morning, however, that he has more confidence in the House taking back their majority from ‘stone cold crazy Nancy Pelosi.’

‘The ones that don’t support – and you have a few people that want to be cute, and I think they’re going to lose their elections and that’s a problem for the Senate,’ the president told the ‘Mornings with Maria’ anchor, not naming any lawmakers in particular.

It’s likely Trump is referencing Maine Senator Susan Collins, among others who have either issued criticism toward him or refused to voice their support or praise of the president. 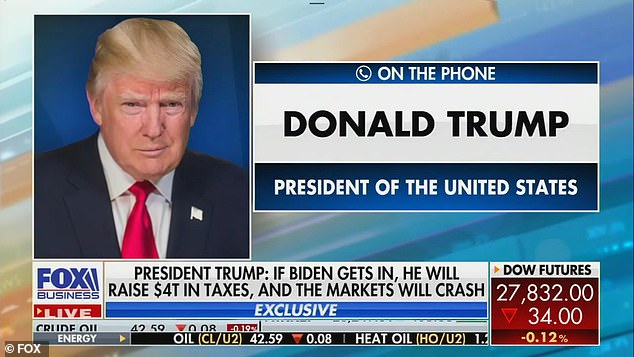 President Donald Trump predicted Thursday morning that Republicans could lose the Senate in November due to lawmakers not supporting him. ‘If they don’t support Trump, they lose their elections,’ he told Fox Business host Maria Bartiromo adding: ‘You have a few people that want to be cute’ 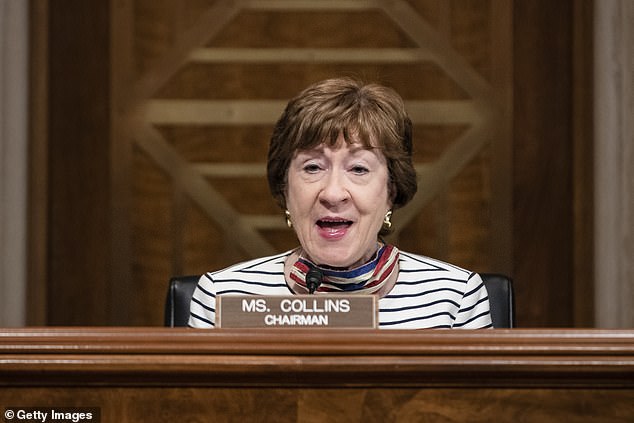 Although Trump did not mention any senators by name, it’s likely he could be referencing Maine’s Susan Collins, who has been critical of Trump and is in a tight reelection race 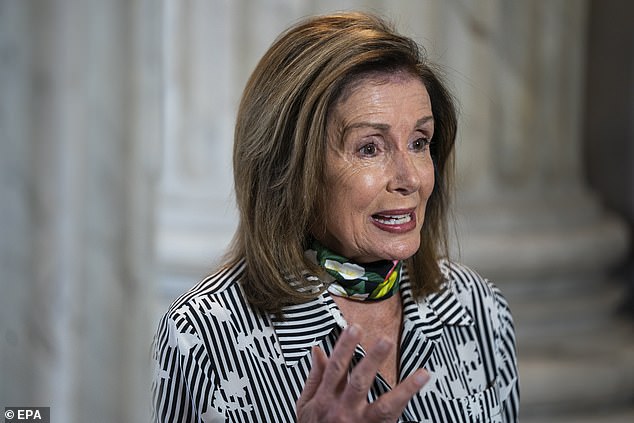 The president also predicted that Republicans will take back the House in November from ‘stone cold [House Speaker] Nancy Pelosi.’ ‘We’re going to take the House,’ Trump said. ‘You know, I don’t make a statement like that very easily’

Collins has largely maintained her distance from Trump and at times had condemned his behavior and rhetoric. The four-term Republican said in 2016 that she would not vote for him also claimed earlier this presidential election cycle that she would not campaign against presumptive Democratic nominee Joe Biden.

Republican Senators Cory Gardner of Colorado, Joni Ernst of Iowa, Martha McSallly of Arizona and Thom Tillis of North Carolina, as well as Collins, are all facing tough reelection bids and are considered among the most vulnerable GOP members.

Ernst’s first batch of political ads noticeably did not mention Trump – and the same goes for Republican Georgia Senator David Perdue, who is also up for reelection in a less competitive race. 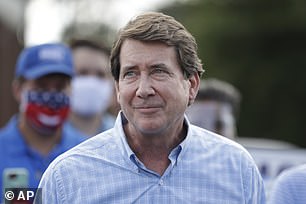 Trump also pointed to Bill Hagerty, Trump’s former U.S. ambassador to Japan who resigned to run for Senate in Tennessee.

The pro-Trump candidate won the Republican primary there this month and will face Democrat nominee Marquita Bradshaw in the November general election.

‘Look at Hagerty in Tennessee. He was a Trump guy, and he just became or he will become very shortly the Senator,’ Trump said with confidence. ‘He won the primaries the other day.’

Tennessee has not voted in a Democrat senator since 1995 and 60.7 per cent of voters went for Trump in 2016, signaling Hagerty will likely easily win his senatorial bid.

Despite Trump’s pessimism for the future of the Republican Senate, Trump predicted that the GOP will retake its majority in the House in November.

Loading...
Newer Post
£3,200 fines for shunning face masks: Payment of £100 will keep on doubling for repeat offenders
Older Post
Lockdown rules change tomorrow: What will the lockdown rules be from August 15?

Boris is RIGHT: The damning stats which prove Brits ARE to blame for coronavirus spike

Boris is RIGHT: The damning stats which prove Brits ARE to blame for coronavirus spike 0

Why do I find small purple bruises on my forearms? DR ELLIE CANNON answers your questions 0