Police in North Texas arrested a mother and father Saturday after discovering the body of their one-week-old baby boy hidden in a five-gallon bucket of tar.

Roland, 42, and Donna Grabowski, 41, are charged with child abandonment and tampering with evidence, with more charges anticipated as Collin County Sheriff’s Department investigate the death of their child.

Roland, a registered sex offender, and his wife are said to have told detectives ‘numerous lies’ when they attempted to check on the welfare of the baby.

The Princeton couple claim they awoke on the morning of July 29 to find baby Micah had died from Sudden Infant Death Syndrome (SIDS) in their bed. 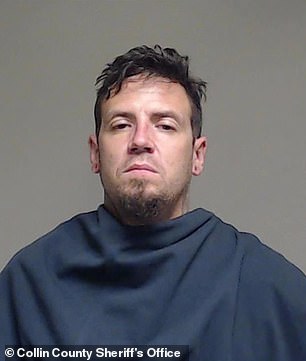 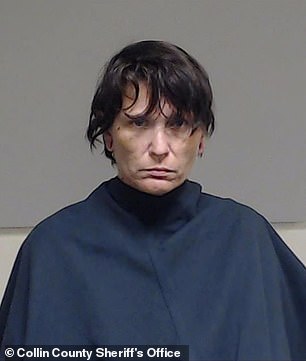 Roland, 42, and Donna Grabowski, 41, are charged with child abandonment and tampering with evidence after the body of their one-week-old son Micah was found hidden in a bucket of tar at their home in Texas Saturday. The couple claims the baby died on July 29 of Sudden Infant Death Syndrome but they initially lied and claimed the baby was with friends

They then made the decision to hide his body and the baby’s death was not reported to police, according to authorities.

‘They took the child and wrapped him in a blanket and submerged him into a five gallon bucket of tar and put him in a shed behind the residence,’ Sheriff Jim Skinner told WFAA.

‘I’ve been in this business over 30 years and I’ve seen a lot of crazy things but this is the first time I’ve found a dead infant in a bucket of tar…and hopefully the last.’

An autopsy is being conducted by the Collin County Medical Examiner to determine Micah’s cause of death.

The sheriff’s office were initially called to the Grabowskis’ home at 9100 block of Highridge Road on Saturday morning after reports of ‘suspicious circumstances’ and the potential death of a child that had not been reported to police.

They found the home empty but tracked the couple down in Dallas using cell phone records.

The couple initially refused to cooperate with authorities about the whereabouts of their baby.

According to the arrest warrant, the couple lied to sheriffs, claiming baby Micah was staying with friends.

Cell phone records show they made attempts to convince a friend to allow them to use their child as a ruse to trick cops into thinking that their own baby was safe. 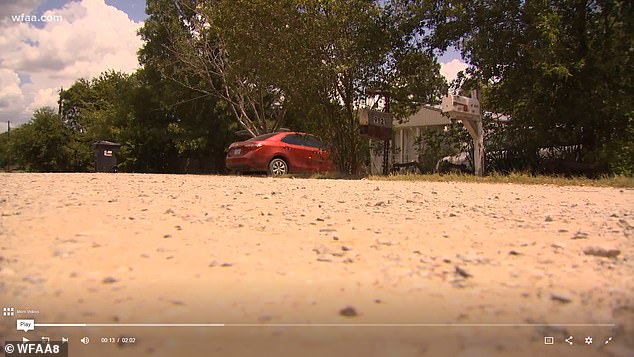 Police were called to this home at 9100 block of Highridge Road, Princeton, on Saturday after reports of ‘suspicious circumstances’ and the potential death of a child not reported to police 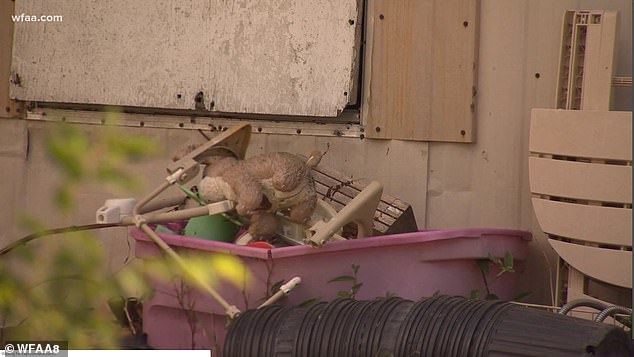 ‘I need you to say your baby is ours. Quick in and out. They just need to see,’ one of their texts read.

Donna Grabowski also attempted to lie about where the baby was born.

She told detectives that Micah was born at Medical Center of McKinney but the hospital had no record of the mother or any live birth.

‘There was an attempt to deceive us as to what had happened and the whereabouts of their child Micah,’ Sherroff Skinner said.

‘It’s tragic and its sad enough every time we have the death of an infant but its absolutely reprehensible when you lie and you deceive investigators as to the location of the body.’ 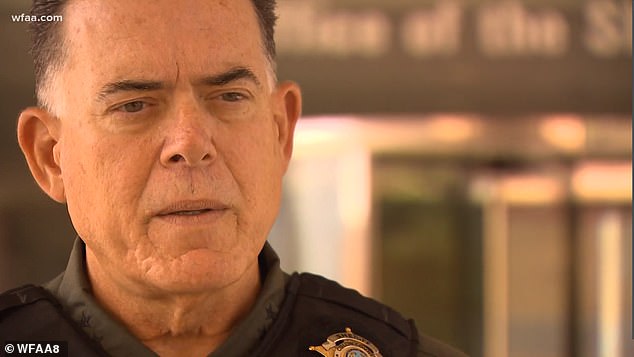 After the initial police interview, the Grabaowskis were arrested and charged with Abandoning or Endangering a Child, a 2nd degree felony.

Following their arrest, they allegedly admitted their child died but they had not reported it to authorities.

A search warrant was secured for their home where the remains of the baby were finally found.

Investigators found the body of Micah Grabowski submerged in a bucket of tar in a shed behind the home. 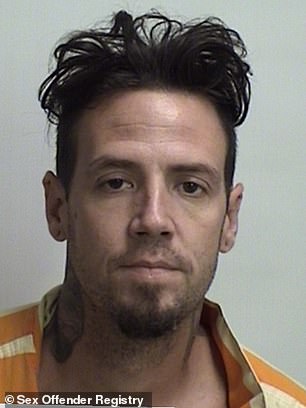 Roland Grabowski is listed on the Texas Sex Offenders registry. He is considered high risk and must register for life

Roland Grabowski has been charged with Abandoning or Endangering a Child, Abuse of Corpse and Tampering With or Fabricating Physical Evidence and is being held on an $925,000 bond.

Donna Grabowski is charged with Abandoning or Endangering a Child, Abuse of Corpse, and two counts of Tampering With or Fabricating Physical Evidence. Her bond was set at $1,075,000.

They are both being held in the Collin County Detention Facility.

His victims were 12 and 14 years old and the offenses took place in September 1995 and October 1996, according to Dallas News.

He was sentenced to two years in prison and released in May 2009 but arrested again in June 2010 when he failed to register as a sex offender.

When he later registered at an address in Garland, police went to verify the address but found it was vacant.

He was sentenced to five years in prison in 2011 for these offenses.

Grabowski is considered high risk and must register for life.

Civil rights activist reacts to Louisville riots: 'In this situation, the losers are poor Blacks'

Civil rights activist reacts to Louisville riots: 'In this situation, the losers are poor Blacks' 0

Betting NFL futures harder than ever with no preseason 0