NBC's hit medical drama New Amsterdam has had its upcoming episode about a flu pandemic pulled by the network.The episode, originally titled Pandem

Chaos at 13 funnel airports with lines as long as six hours to get from the plane to baggage claim
Trump ignores market plunge, death toll to accuse media and Dems of 'inflaming' coronavirus crisis
Coronavirus LaLiga: Season suspended indefinitely due to COVID-19


NBC’s hit medical drama New Amsterdam has had its upcoming episode about a flu pandemic pulled by the network.

The episode, originally titled Pandemic, will be replaced with reruns for two weeks, before the remaining new episodes are aired up until the season finale, according to Deadline.

The move to cut the episode from the schedule occurred after recurring guest star Daniel Dae Kim tested positive for the coronavirus last week. 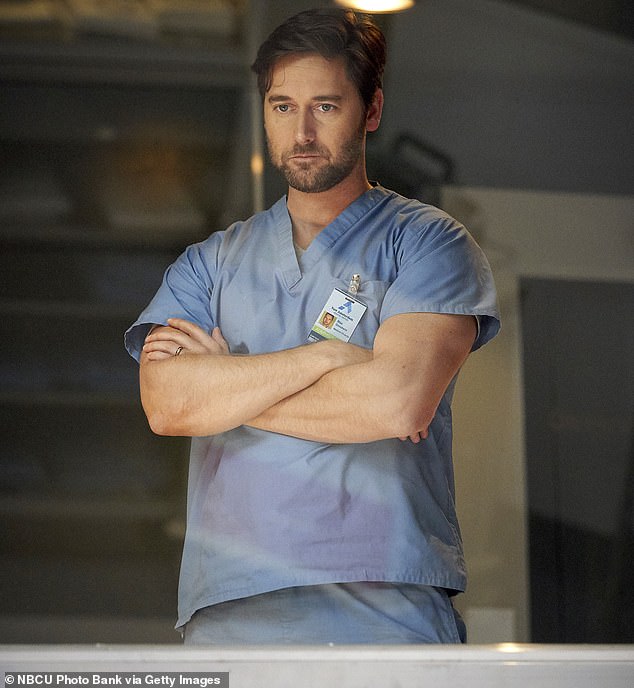 Saving for later: NBC has pulled an upcoming episode of the hit medical drama New Amsterdam that dealt with a global influenza pandemic due to its similarities to the coronavirus outbreak, according to Deadline; still from New Amsterdam

New Amsterdam, which stars Ryan Eggold, had planned an episode in which a mutated, especially deadly version of the season flu had broken out across the globe.

Beyond the obvious parallels to the current coronavirus pandemic, the episode would have hit too close to home, as the series is set in and filmed in New York City, one of the hardest hit areas in the United States.

Originally titled Pandemic, the episode was later renamed Our Doors Are Always Open and was set to air April 7.

Now, New Amsterdam will be bumped up one hour from its usual Tuesday at 10 p.m. slot to the 9 p.m. slot being vacated by This Is Us. 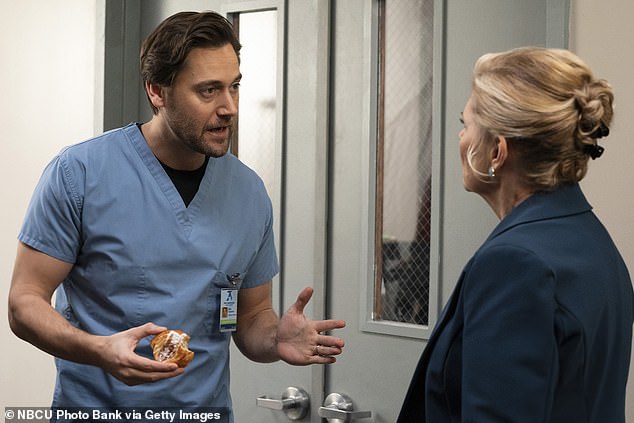 Close to home: The episode will be replaced with reruns for two weeks, before the remaining new episodes are aired up until the season finale 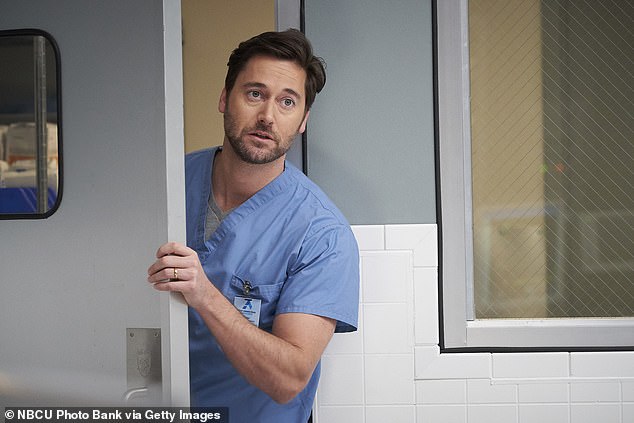 After two weeks of reruns followed by new episodes, the series will air its season finale on April 14.

Though the pandemic episode wasn’t right for the current situation, NBC will still reportedly air it at a later date.

The delay was the network’s decision, but New Amsterdam showrunner and Executive Producer David Schulner was on board for it.

‘The world needs a lot less fiction right now, and a lot more facts,’ he said in an essay for Deadline.

His account included descriptions of scenes from the episode, which was written in 2019, which seem eerily relevant today.

‘We showed what happens when our hospital has to erect tents in the parking lot because every bed is taken,’ he wrote.

‘Sometimes, what the mirror reflects back is too horrifying to look at.’ 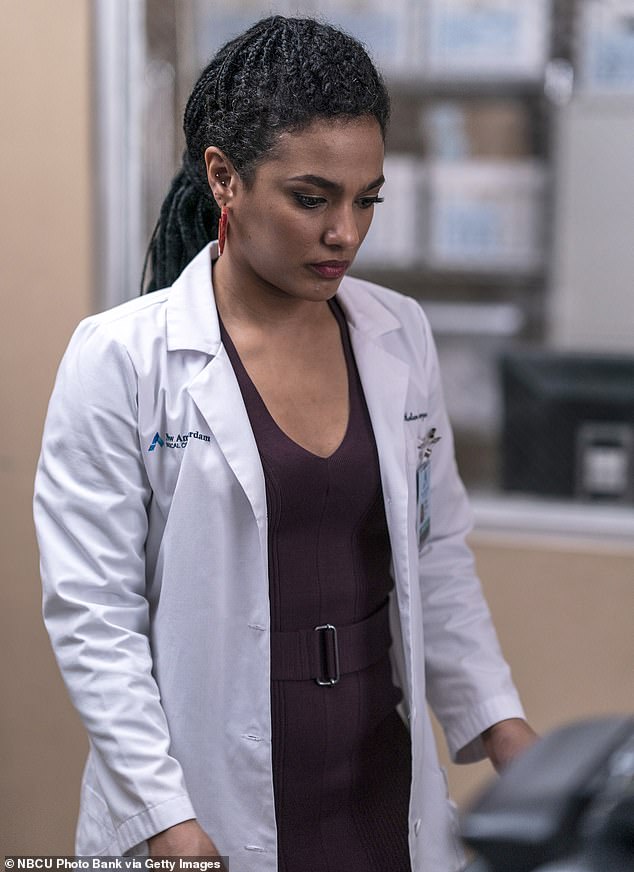 Moving on: The series will air reruns for two weeks, followed by new episodes and the season finale on April 14 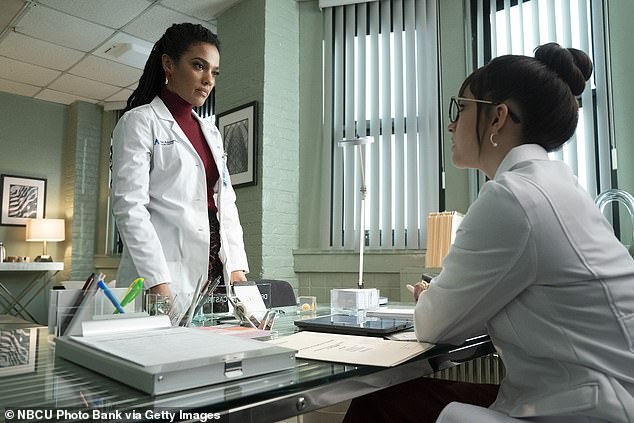 Helping out: The series assisted the New York State Department of Health on Friday by donating its face masks, gloves, gowns and other medical safety supplies

Despite production being shut down, New Amsterdam was able to assist New York’s effort to combat the coronavirus spread.

The show is the only medical drama filmed in New York, and it had plenty of personal protective equipment (PPE), masks, gloves and gowns. The production delivered half a truck’s worth of the equipment to New York State Department of Health on Friday to assist its efforts.

Recent reports about hospitals in New York City describe a punishing surge of new cases, which was reflected in the episode.

‘We showed what happens when our hospital has to erect tents in the parking lot because every bed is taken. When the doctors and nurses and medical techs have been working back to back shifts because their replacements are sick. When panic sets in. When people are quarantined. When people die,’ Schulner wrote. 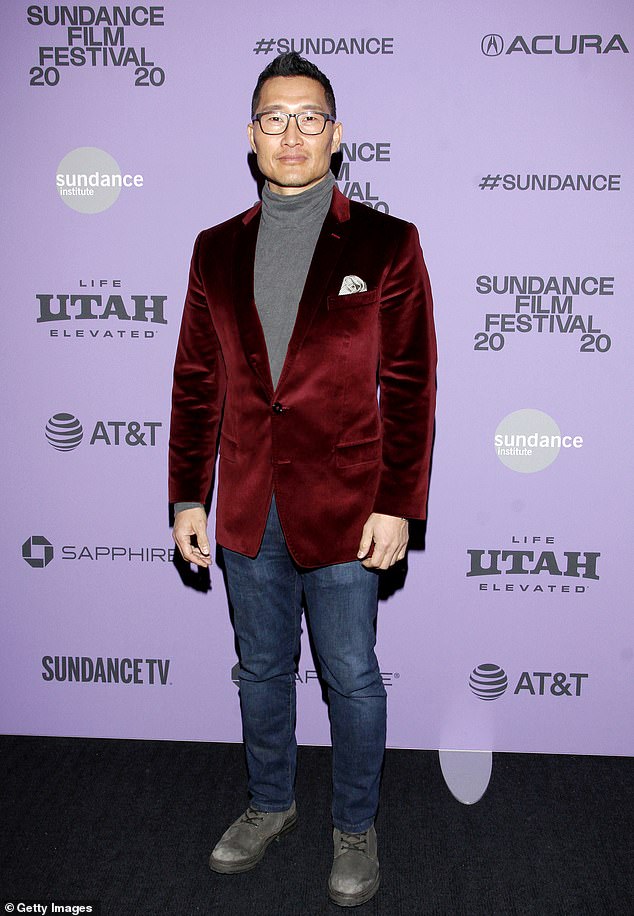 Art imitates life: Guest star Daniel Dae Kim was supposed to make his debut on the pandemic episode. He tested positive for the coronavirus last week; pictured in January 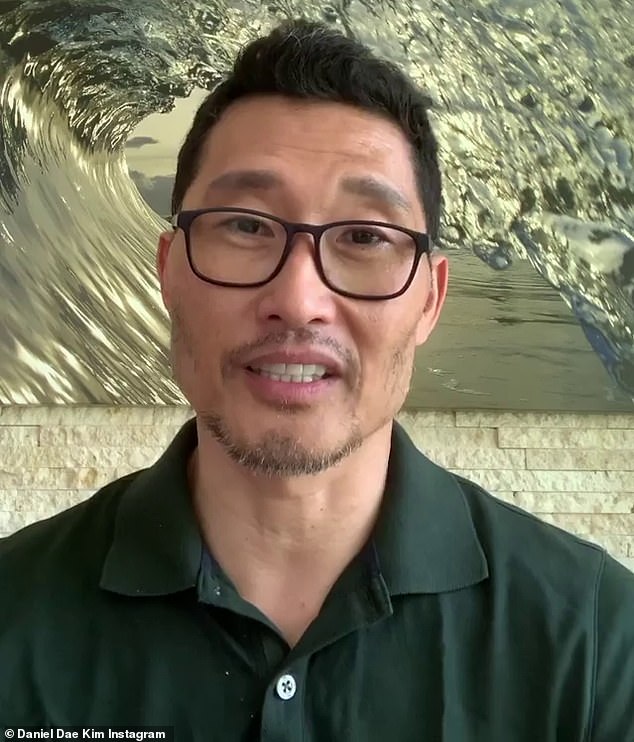 In addition to Kim, three crew members and one writer on the series have been sickened in recent days, though only Kim has been tested.

The Lost alumnus was going to make his debut on the series in the pandemic episode, though fans of the series will have to wait a bit longer to see him on it.

Kim is also a regular on the ABC series The Good Doctor, which his production company 3AD produces.

The actor has been updating his fans on social media about his condition, and on Saturday he declared he was symptom free (aside from some congestion) and he hadn’t required hospitalization.